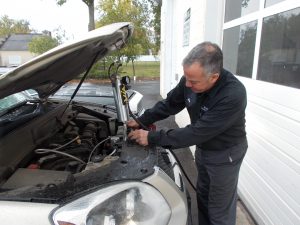 John has always had a passion for cars and founded Point Service in 1985.  His newest business venture is 346 Automotive Group, automotive sales.  During his career he has:

John enjoys live music and drag racing (his version of going golfing).  He grew up in Ambler and has lived in Worcester for the last 27 years.  And . . . he enjoys quoting lines from the Three Stooges. 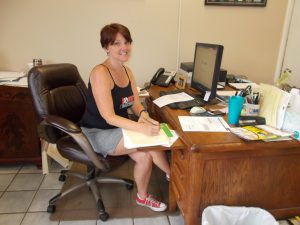 Liz Ann is the friendly face behind the desk, the administrator who keeps it all together for John, Steve and Jeremy (her official title is Controller).  She is actively involved in the North Wales community – a member of the North Wales Business Alliance, participates in the annual North Wales Community Day and the Tex Mex 5K race, and volunteers at the North Wales Area Library.  She enjoys exercising, listening to music, and going to the beach. 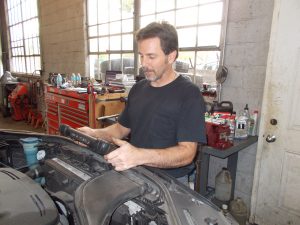 Steve’s automotive career started at age 11 when he pumped gas in a family business and he has been an auto technician for 30 years.  He joined the Point Service team in January 2014.  Steve’s hobbies include drag racing and watching his children play lacrosse and field hockey.  He has lived in the Spring Mount area for over 20 years with his wife, Paula, son, Shawn, and daughter, Jenna.  And . . . Steve also enjoys quoting lines from the Three Stooges. 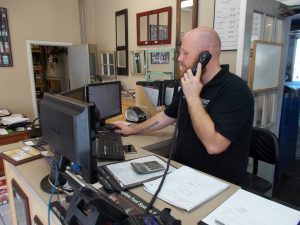 Jeremy attended North Montco Vo-Tech School to become a technician, but soon realized that his skills were in sales and management.  He joined the Point Service team in 2003. Jeremy’s interests include working in his vegetable garden, caring for his chickens, and cooking.  He plays the guitar and sings in the Rush Barn Band, which performs locally (and often customers come out to see the band!).  Jeremy lives in the Souderton area, where he grew up.  And . . . he enjoys listening to John and Steve quote the Three Stooges all day.